Cemetry of Splendour (2015): Freedom Is in My Body 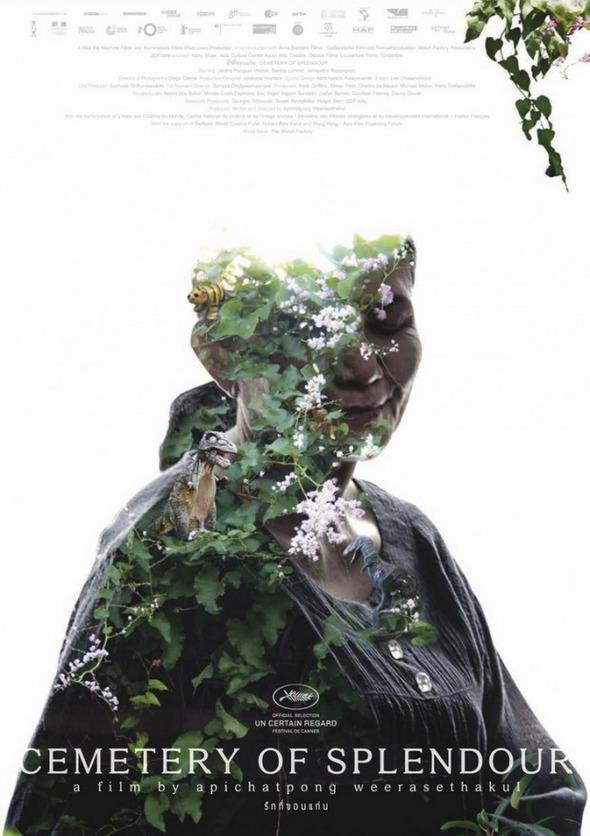 I am large, I contain multitudes. photo credit: moviepilot.de

Japan has Kiyoshi Kurosawa and Shinya Tsukamoto. America has Julian Schnabel and Elias Merhige. France has Claire Denis. Australia has Jane Campion. Iran has Abbas Kiarostami. Norway has Tomas Alferdson. The UK has Peter Strickland.  Czechoslovakia has Jan Svankmajer. Thailand has Apichatpong Weerasethakul. They are, arguably, the world’s ten greatest currently-working directors, and a new film from any of them is worth celebration. While most of the directors named above have in common that their films are often dreamlike (or nightmarish), Weerasethakul has always struck me as the one who works in the waking-dream vein most natively; everything about his films seems to be deeply connected straight back to the Brothers Lumiere and other fin de siecle avant-garde filmmakers. To experience a Weerasethakul film is to wander through a landscape that is at once entirely alien and constantly familiar.

END_OF_DOCUMENT_TOKEN_TO_BE_REPLACED

The Witch (2015): It Goes Against My Catholic Upbringing, I Admit It…

May God have mercy on my wicked soul.

I started hearing about The Witch almost a year ago. It’s not unheard of for a movie to get advance publicity, of course, but while it’s still in production? Then came the rave reviews from festivals. And trailers. And the more I heard about this movie, the more it sounded like the Second Coming itself. But, man, the more trailers we got, the more I found myself believing the hype. And then, finally, it popped up in wide release in the middle of February. This ain’t Oscar season, folks. At least, not usually. (This has been quite the February; Deadpool may still be stuck in people’s memories come the end of the year as well.)

END_OF_DOCUMENT_TOKEN_TO_BE_REPLACED

La Cité des Enfants Perdus (City of Lost Children) (1995): Second Star to the Right and Straight on Till Morning

[I just realized it’s 9PM and I haven’t started the capsule reviews for this month. Well, that’s not happening today. Later this week…] 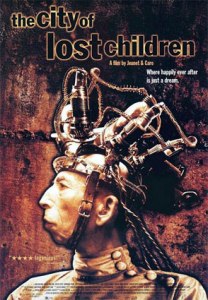 Jean-Pierre Jeunet is an astounding talent, one of France’s true living treasures. Along with his longtime collaborator Marc Caro, he’s created two of the finest films of the nineties, Delicatessen and City of Lost Children. The former is a comedic nightmare, the latter a nightmarish comedy. It’s a subtle difference, but an important one. You’re more likely to be laughing out loud at Delicatessen most of the time.

END_OF_DOCUMENT_TOKEN_TO_BE_REPLACED

Welcome to the world of Japanese New Horror (JNH), a concerted attempt by a number of Japanese filmmakers to get away from the excesses of Hideshi Hino and his Guinea Pig films on one side and the emotional manipulation that passes for drama on the other. JNH filmmakers want to do nothing but tell good, solid, scary stories. As a result of stripping away the other layers, such things as emotional manipulation are cast to the wind, leaving spare frameworks within which the directors can weave what artistry they have. Because there have now been remakes from two countries (Korea and the United States), Ringu towers over other JNH films in terms of worldwide popularity. And while it may best serve as a gateway into the neophyte who wants to discover the world of JNH, it serves that purpose well.

END_OF_DOCUMENT_TOKEN_TO_BE_REPLACED

Get out of the grave, Alan.
photo credit: metallibrary.ru

A long time ago in a galaxy far far away there lived a biker-rock-cum-metal band called Demon. Demon were part of what came to be known as NWOBHM (the New Wave of British Heavy Metal), but were overshadowed, as so many early-eighties British metal bands were, by renewed interest on this side of the pond in the bands that had come before—Judas priest, Slade, et al. And so, despite the best efforts of a young, barely-known American band called Metallica (through numerous covers and the NWOBHM compilation album in the mid-eighties) to bring American attention to these acts, many of them faded into obscurity quickly.

END_OF_DOCUMENT_TOKEN_TO_BE_REPLACED

A Sunny Place with Adequate Water (2014): We Can Hitch a Ride to Rockaway Beach

I’m not entirely sure what more I can say about Mary Biddinger that I haven’t said in my reviews of her previous two full-length books, Prairie Fever and O Holy Insurgency, and her chapbook Saint Monica. This is a good thing, in part, because it should telegraph to you as clearly (and with much less verbiage) that her new book, A Sunny Place with Adequate Water, lives up to the nearly impossible standard she set for herself with that earlier work.

END_OF_DOCUMENT_TOKEN_TO_BE_REPLACED

How influential has this movie been since? I have seen this scene in at least a half-dozen films in the past decade.
photo credit: Wikipedia

Since Scream, America has been inundated with horror films that want to be hip and trendy. Leave it to Hollywood to overlook the hippest and trendiest of them. Session 9 is The Others without an A-list actor to lend it credibility; it’s all about atmosphere rather than shock value. That will probably turn most horror film fans off, butt he true aficionado will find a whole lot here to like.

END_OF_DOCUMENT_TOKEN_TO_BE_REPLACED

Even more dated now than when I wrote this review.
photo credit: ebay

What Every Visual C++ 2 Programmer Should Know is the perfect compliment to Gurewich and Gurewich’s Master Visual C++ 2. Both put out by Sams in the same year. Coincidence? Probably not. Everything the Gurewich book lacks is covered here. The detail and amount of code examples is lacking in comparison, but given the topics covered, that’s an excusable oversight.

What Every Visual C++ 2 Programmer Should Know looks at the more advanced features of Microsoft’s primary development platform: programming with Unicode, OLE, ODBC, multithreading, etc. It’s more a reference book than a how-to manual, but the user who’s followed and mastered the Gurewichs’ book should already have enough coding under his belt to integrate the information presented here without much trouble. The two books, taken together, provide the best introduction to Visual C++ 2 on the market, and are highly recommended for those still programming in DOS/Win3.x/Win95. *** ½

END_OF_DOCUMENT_TOKEN_TO_BE_REPLACED

Terry Goodkind continues his Sword of Truth series for another thousand pages, writing a book as good, if not better, than Wizard’s First Rule. The adventures of Richard, Kahlan, and co. continue.

The events that concluded the first book (not recounted here because they’re plot spoilers) were supposed to bring peace to the world, right? Right—but peace is the last thing on anyone’s mind as book two opens, a few minutes after the close of book one. (Nice touch, that.) Richard may have figured out how to use the Wizard’s First Rule to his own advantage, but in doing so he violated the Wizard’s Second Rule, about which there is much talk without anyone really saying what it is. (By the time anyone gets around to teaching it to Richard, you’ll probably have figured it out on your own from the varying contexts; it’s a reworded cliché.) By now, everyone but Richard is well aware that Richard has the gift. He is a wizard, albeit an untrained one. Richard’s refusal to believe that he has the gift gets him into enough troubles, but now he’s confronted with others who know he has the gift. Some of them are less than happy about it. And so a whole new set of problems opens up.

END_OF_DOCUMENT_TOKEN_TO_BE_REPLACED

[while I am scrambling to write enough new reviews to have a decent buffer, I have realized that doesn’t mean I shouldn’t be posting the old stuff…]

“And then a white light came down out of the sky…”
photo credit: travizzt.wordpress.com

Terry Goodkind hasn’t been around as long as some of the fantasy writers who are currently churning out long-winded, seemingly neverending series; Harry Turtledove’s alternate-history alien-invasion World War II series’ first book has been in print longer than most of Goodkind’s whole catalogue. But, as J. R. R. Tolkein and Greg Bear have shown us, you don’t have to be established to come up with a really whiz-bang first novel. Wizard’s First Rule is, most decidedly, a whiz-bang first novel.