The horizon: as empty as this film.
photo credit: bryininberlin.blogspot.com

I continue to lack an understanding of why this film has ever been, much less continues to be, compared to Wolf Creek. The two films don’t even reside in the same genre of film, much less the same subgenre. Gone is an attempt at a cerebral thriller, far more in line with the various attempts to adapt the Ripley novels than a Wolf Creek-style gore film. The comparisons are sure to create unreasonable expectations in the minds of potential viewers; I can tell you this from personal experience. Not that I would have found the movie good had I known what I was getting into anyway; that just added an extra level of disappointment.

END_OF_DOCUMENT_TOKEN_TO_BE_REPLACED

Caliban and Other Tales (2002): O Brave New World, That Has Such People In’t! 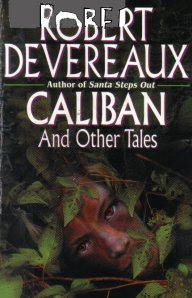 This thing of darkness I acknowledge mine.
photo credit: horrornovelreviews.com

Robert Devereaux is one of the modern masters of the horror novel. Here, he turns his twisted eye to shorter fiction (well, for half the book), and we have to ask ourselves the question we have to ask with all novelists working in another genre: is he as good in medium B as he is in medium A? That’s a choice each reader has to make on his own, of course, but as far as I’m concerned, he may actually be better in medium B. “Ridi Bobo” is such a stroke of pure genius that, ten years from now, it may have entered the same space in my head reserved for such once-in-a-lifetime magnum opi as Richard Christian Matheson’s “Red” or Dan Simmons’ “Summer of Monsters.” Yeah, it’s THAT good. [ed. note 2014: twelve years later, it has indeed.] Who in the name of all that’s holy would think to cross a hardboiled detective story with a bunch of clowns? Bob Devereaux, that’s who. (And for those who always say the same things in response to such a comment, the point isn’t that you could have done it; the point is that you never thought to do it. Now go away.)

END_OF_DOCUMENT_TOKEN_TO_BE_REPLACED

Walking Wounded (1996): The Things They Carried

To saw that Walking Wounded is Robert Devereaux’s weakest effort is rather like saying that Atom Heart Mother was the weakest Pink Floyd album; when looked at in relation to the rest of the canon, it suffers, but compared to the greater view of the horror novel (or psychedelic rock), you’re still head and shoulders above the cloud. The moon can still eclipse the sun, despite its relatively small stature.

END_OF_DOCUMENT_TOKEN_TO_BE_REPLACED 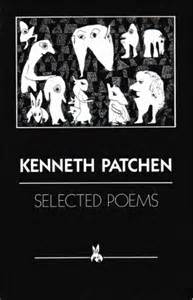 All the best freaks are here, please stop staring at me.
photo credit: ndbooks.com

Selected by the New Directions staff after Patchen’s death, Selected Poems was meant to introduce a new generation to the poet and novelist the back cover calls “the most compelling force in American poetry since Whitman.” (One wonders what Allen Ginsberg, whose “Howl” had been published by New Directions two years previous, had to say about that.) The collection does a good job at introduction, and does an even better job at showing the inconsistency of Patchen’s poetic work.

END_OF_DOCUMENT_TOKEN_TO_BE_REPLACED

Another of the sheaf of new British mystery novelists who’ve been getting picked up by American presses recently, Mo Hayder offers up her debut novel, Birdman. And what a debut.

END_OF_DOCUMENT_TOKEN_TO_BE_REPLACED

The eyes have it, as they often do on thriller posters.
photo credit: stuffpoint.com

Dario Argento moves back to giallo, which seems to have distressed a number of reviewers. He also didn’t take himself or the film too seriously, which seems to have distressed even more (one of the early gimmicks for the film was posting polls on its website asking the fans which methods of offing his characters they’d most like to see). Somewhat depressing, because they’re missing all the fun of this minor gem. To be fair, though, the fans don’t seem to be listening; this is Argento’s first film that’s been widely available in America since its video release in a number of years (possibly going back as far as 1983’s Creepers). Someone had to decide it needed to be on the new release shelf at your local vidshack. And more power to ‘em.

END_OF_DOCUMENT_TOKEN_TO_BE_REPLACED

Where the demons dwell. Where the banshees live, and they do live well.
photo credit: deluidspreker.de

It pains me to write this…

Allerseelen first caught my attention seven years ago with the brilliant “Santa Sangre,” a contribution to the Im Blutfeuer compilation (Cthulhu, 1995). I picked up Ultra!’s comp, The Nitha Fields, based on the strength of it, and the two Allerseelen songs on it (“Alle Lust will Ewigkeit” and “Traumlied”) were similarly brilliant. So I acquired their latest album, Abenteuerlichers Herz (Adventurous Heart). And it is painful.